It’s almost spring, the time of year when the looming change in seasons could lead to some pretty fascinating cloud activity in the sky. NASA and the GLOBE Program are asking for your help by taking part in a citizen science cloud observation challenge.

From March 15 through April 15, citizen scientists of all ages can make up to 10 cloud observations per day using the GLOBE Observer app or one of the other data entry options (for trained GLOBE members). Challenge participants with the most observations will be congratulated by a NASA scientist in a video posted on the GLOBE Program’s website and on social media.

“The GLOBE Program is offering this challenge to show people how important it is to NASA to have citizen scientist observations; observations from the ground up,” said Marilé Colón Robles, lead for the GLOBE Clouds team at NASA’s Langley Research Center in Hampton, Virginia. “We’re going from winter to spring, so the types of storms will change, which will also change the types of clouds.”

Researchers use, and value, this citizen science cloud data because it helps to validate data from Earth-observing instruments. Scientists at Langley work with a suite of six instruments known as the Clouds and the Earth’s Radiant Energy System (CERES).

Even though CERES’ instruments use advanced technology, it is not always easy for researchers to positively identify all types of clouds in their images. For example, it can be difficult to differentiate thin, wispy cirrus clouds from snow since both are cold and bright; even more so when cirrus clouds are above a surface with patchy snow or snow cover. One solution to this problem is to look at satellite images from a particular area and compare them to data submitted by citizen scientists on the ground.

“Looking at what an observer recorded as clouds and looking at their surface observations really helps us better understand the images that were matched from the satellite,” said Colón Robles.

You don’t have to be a cloud-gazing pro to participate. For those who want to be part of the challenge but don’t have a lot of experience identifying clouds, Colón Robles offers the following advice: “Just go outside.” The more clouds you observe, she said, the more comfortable you’ll be collecting data.

NASA sponsors the GLOBE Program. The GLOBE Program is an international science and education program that provides students and the public with the opportunity to participate in data collection and the scientific process. NASA GLOBE Observer is a free smartphone app that lets anybody make citizen science observations from the palm of their hand. 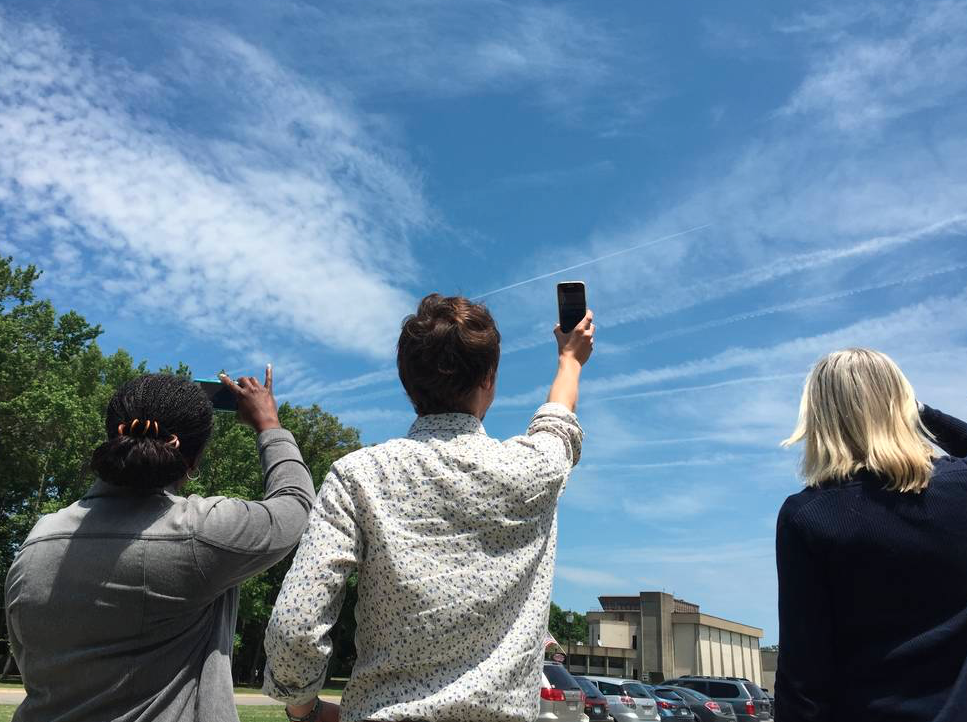